Pros and cons of free stock photo sites as a photographer

Agencies that offer free stock photos are very attractive to buyers, but why is it worth it as a photographer? Arguments for and against free distribution of high quality photos.

The answer is simple: stock photography, as a money-making opportunity, a profession, existed long before the digital era, and whoever practiced it was able to make a living from it. At that time, the service was not yet widely available, so the agencies could ask the newspapers and magazines for good money for a picture.

The digital era and the Internet have brought broad assess to stock photos for anyone, also significant price reductions, and even initiatives to provide free access to archives.

In the 2010s, websites were created to provide free downloads for image users. Just a "thank you" or voluntary offer for the price. The archives of these agencies currently contain far fewer photos than the portfolios of the larger micro- and macrostock agencies. However, thanks to free access, the number of page views and the number of downloads is growing rapidly.

After a brief introduction, we come to the question that concerns photographers so much:

Should we make our photos available for free if our income could also come from selling the images?

The attitude of photographers to the issue is very different. On the forums of (paid) stock photo agencies, I often read that it is foolish to give your pictures for free, and in fact, this creates significant competition for your “colleagues” who sell their photos for money.

I’ve also read an opinion from someone who thinks free access is a great opportunity because thanks to the many downloads on these websites, a lot of users come across your images and can even remember your name. In addition, there are small sums offered that also bring some revenue to the photographer.

So it is not possible to give a clear answer to the question, but let's put the facts in order.

For the paid sites:

My own opinion about free stock photo sites

Below I describe my opinion based on my own experience.

As an individual, no one likes to spend money unnecessarily, especially for something you can get for free. And countless photos are available and downloadable on the internet. All photos are the property of someone, basically the one who took them. If we want to use a photo for free, then we practically have a job done without paying for it.

However, most photographers want to earn a well-deserved income in return for the work they do. I think if we pay for the bread, we should also pay for the use of the photos. You may not consider that the free image you use on your business website was created by someone, who worked with it, spent his / her time with it. And I don't think you're giving away your products for free?

So I don’t see a difference between someone “stealing” from the net or downloading pictures from a free stock agency's site. The difference is that in the former case the owner did not agree, in the latter he / she did.

Photographers seem to be right when they fear their source of income and consider free distribution to be reckless.

This is not to say that certain archives cannot be made available to anyone. But these are images whose creator is no longer alive or cannot be identified.

The market for paid stock photos will not disappear, as newspaper editors, book editors, and other platforms where uniqueness matters are still willing to pay even larger sums for each photo. Especially if that photo is only available in one place.

Conclusion (if there can be such a thing in the topic)

Since there is a demand from both users and photographers for free distribution of photos, we cannot say that it is a mere fad. If, in the long run, it’s worth it for a photographer to sacrifice their revenue for fame, then free platforms will have a raison d’être. In any case, the agencies, which are mainly popular with private individuals, are expanding nicely.

What I don’t understand, however, is why marketing trainers who promote online forms of entrepreneurship recommend free stock photo sites (as opposed to paid stock agencies). Photography is a profession, and creating a good photo is (not a small) job. I think photographers should deserve to be respected, and those trainers should at least not encourage users to download free images.

Read these posts, too

A stock photographer's experiences with 7 agencies

What is a stock photo?

Photography has always been part of our family life. I have memories of my father dealing with those old glass slides, preparing them for our projector. Later I took photos during summer holidays and school trips. Now, in the era of stock photography, I dug myself into it to learn the basics and also the secrets how to earn more and more money doing what I love.

Here, on the WahaviBlog, I will share my experience connected to stock photography with you. I have tried several stock photo agencies, but only Alamy was the one that I loved. Most of my posts are therefore about Alamy, the British stock company.

Valid until October 31, 2021
The ads above may contain affiliate links. 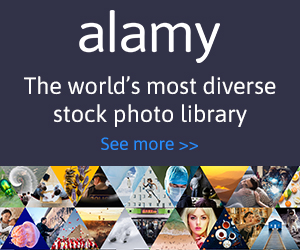